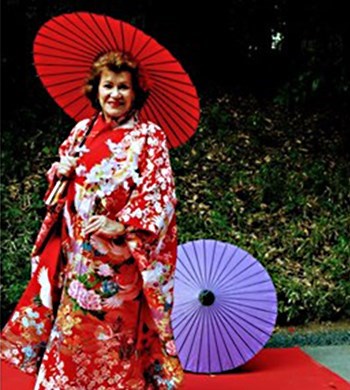 The Wildlife of Southern Africa

My most unusual trip was a two-week adventure through Southern Africa. We traveled through Botswana, Zimbabwe and South Africa and had amazing encounters with all kinds of wildlife.

At one camp, our guide offered to take us out on a night drive. My husband was too tired so I went on my own. It was pitch black, and I had this moment where I wondered if I was crazy to be going out into the jungle alone, entrusting my life to this guide I didn’t know. But there was too much excitement to think about that for long.

He greeted me and asked what animals I hadn’t seen yet. At that point, I hadn’t seen a lion. So, he got on his walkie-talkie and spoke in a language I’d never heard—the drivers from all the game lodges in the area are all in communication with each other and share information--and then said, “hold on, we’re on our way to see lions.” And hold on I did, because, although we were probably only going 30 miles per hour, it felt like we were racing as we went bumping through the night jungle, swinging around trees and bushes and splashing through little rivers. Then, we stopped. He shined a huge light just a short distance away and said “look!” First I saw a lioness and two cubs. Then I saw other two other lionesses and a male. We watched for quite a while and I have some great pictures of the lioness and her cubs to show for it!

Another moment that stands out in my mind happened on a small island in an area of the Okavango Delta where the water was filled with water lilies. The lodge we were staying at there was built on stilts and they had also built walkways on stilts. That gave us a safe vantage point and didn’t disturb the wildlife. I was taking a picture of a baby crocodile on a leaf when a fellow visitor said, “hurry, come,” and she showed me a baby elephant. Then we watched as other elephants made their way through the water, checking the water for depth before each step they took.

Over the course of our two weeks, we saw giraffes, hippos, rhinos, monkeys… you name it, we saw it. To get from one game lodge to the next, we mostly traveled in two-passenger prop planes. This added to the sense of adventure, and gave us a bird’s eye view of the land.