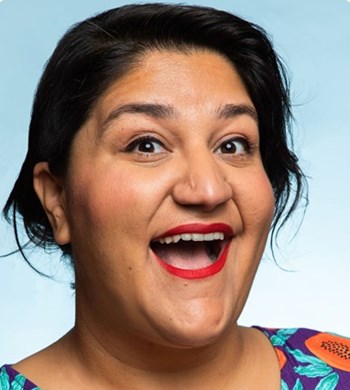 Rani, a Puerto Rican & Punjabi womxn, grew up immersed in the hotbed of international eats that is New York City, bouncing around Queens & Brooklyn as a kid.After graduating from The School of Visual Arts she began her dream career as an art director at the Food Network & Cooking Channel.

After 5 years of her dream career and her entire life living in NYC, she picked up and moved to Dhaka, Bangladesh to design textiles, then Lugo, Spain to kind of learn Spanish, but mostly eat, and then Gwangju, South Korea to each English in a country where the students had better English than the teacher, before returning to the U.S.

She came back determined to build a business helping others explore the world in a safe and immersive space through gastronomy and deeper connections.